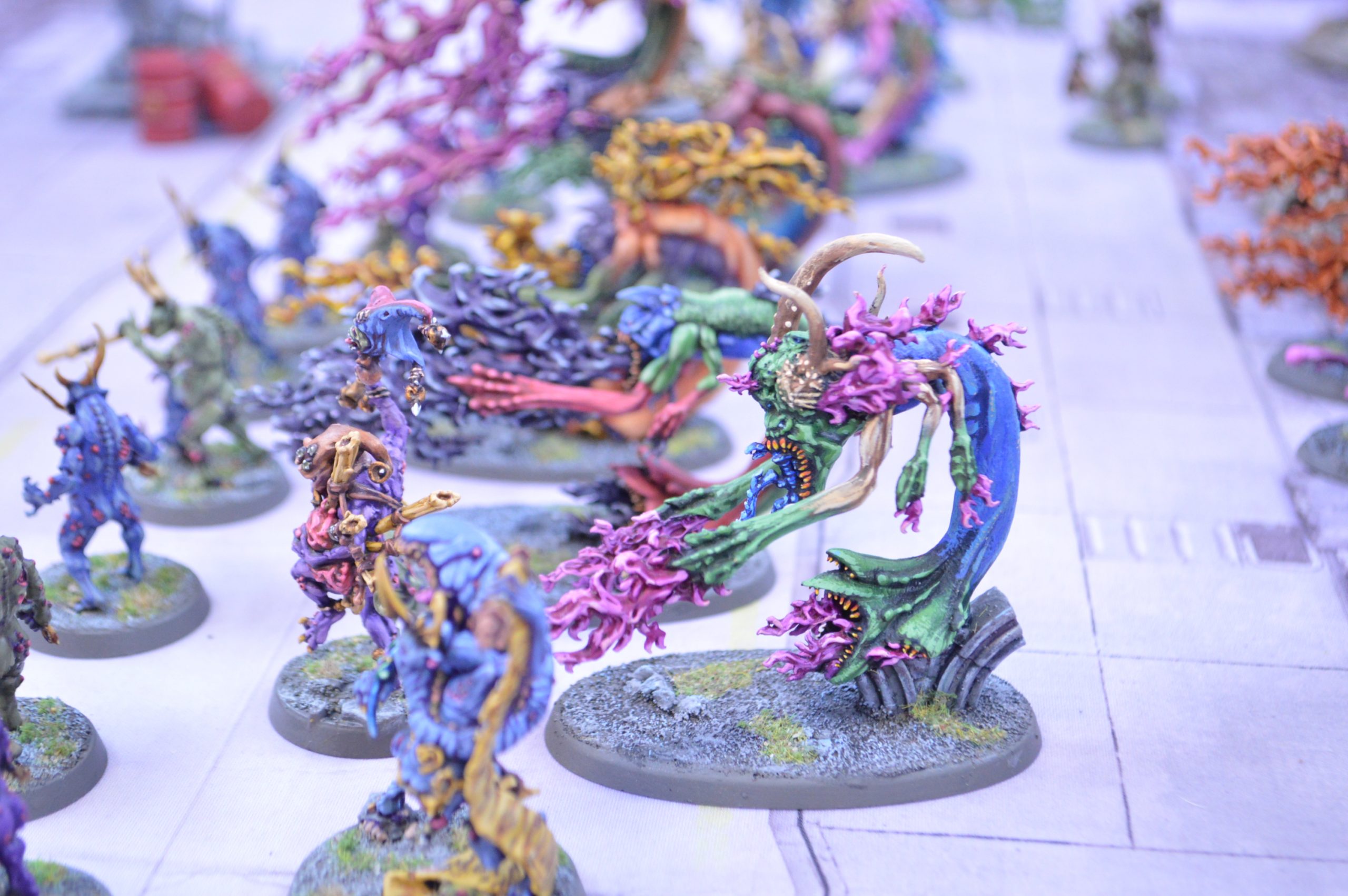 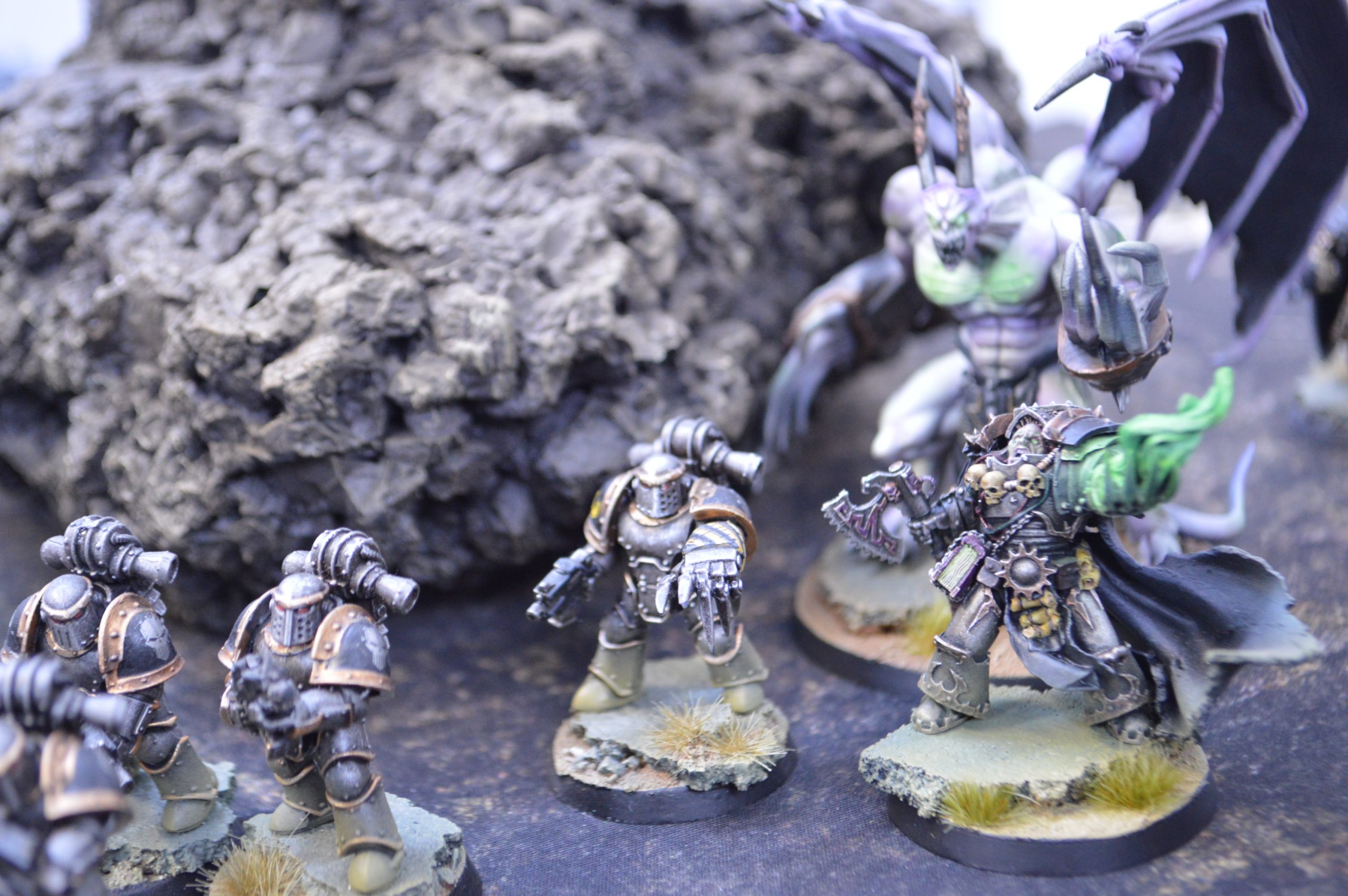 Lightning ripped through a sky the color of old bruises. The scout marine’s camo cloak billowed in the wind, acidic rainwater making tiny holes in the fabric where it fell. His auspex array started to bleep, and he stuck his hand up, signalling for his squad to hold position. Carefully, he picked his way across black rocks to find a better position, then he readied his sniper rifle and pressed his eye against the scope.

Under normal conditions, the tactical display measured range, elevation. It even calculated precisely where the barrel should be aimed depending on what the soldier wanted to kill. But these weren’t normal conditions. The targeting display buzzed and flickered, and the numbers stopped making sense. As the space marine attempted to concentrate, he noticed words appearing on the display that shouldn’t have been there.

Blasphemous words he did not want to read.

He flicked a switch on the side of the scope and shut the display off, choosing instead to trust his own enhanced eyes. Ahead was the carcass of the small supply outpost the Adeptus Astartes had been sent to investigate. Already the situation looked grim. Its walls had been breached—not just breached, but torn down as if by some mighty beast. Its running lights were down, the power had gone out, but eerie lights flickered within the structure regardless causing sinister shadows to dance around inside its broken walls.

“Movement,” he said, his voice relaying into the earpieces of his squad and his direct commanders. “Take your positions, brothers.”

Like a well-oiled machine, the scouts moved into position, each finding a spot on which to rest their long-barrelled sniper rifles. Patiently the brother sergeant watched the compound, trying to analyse the shapes being cast in the dark. Tendrils. Fire. Great, hulking shapes. What in the Emperor’s name had befallen this wretched place?

Then it happened. Someone had exited the structure and had started running away from it. Human, panicked, fleeing. The space marine angled his rifle just so, trailing the human so his bullet would strike true should he need to squeeze the trigger. But the human wasn’t running toward the marines; he was running aimlessly, without direction, and into weather he would surely not survive inside.

Muzzle flashes caught his eye. Bullets followed the panicked human; not bullets, but bolter rounds. And the sergeant brought his sniper rifle to bear on the source of the shooting, he saw them. Their armor was thick, and ancient, and adorned with spikes. Their shadows loomed impossibly large, like monsters in themselves. Through a gap in the wall, the Iron Warriors spilled out. Having taken what they needed, they were ready to move on and taking a path that would see them move through the scout’s position.

Without fear, the sergeant trailed his weapon on one of the iron warriors, aimed, and gently squeezed the trigger. And seconds before his rifle spoke, he called in reinforcements.

“Brother captain,” he said, “Chaos sighted at these coordinates. Strike from the sky.” 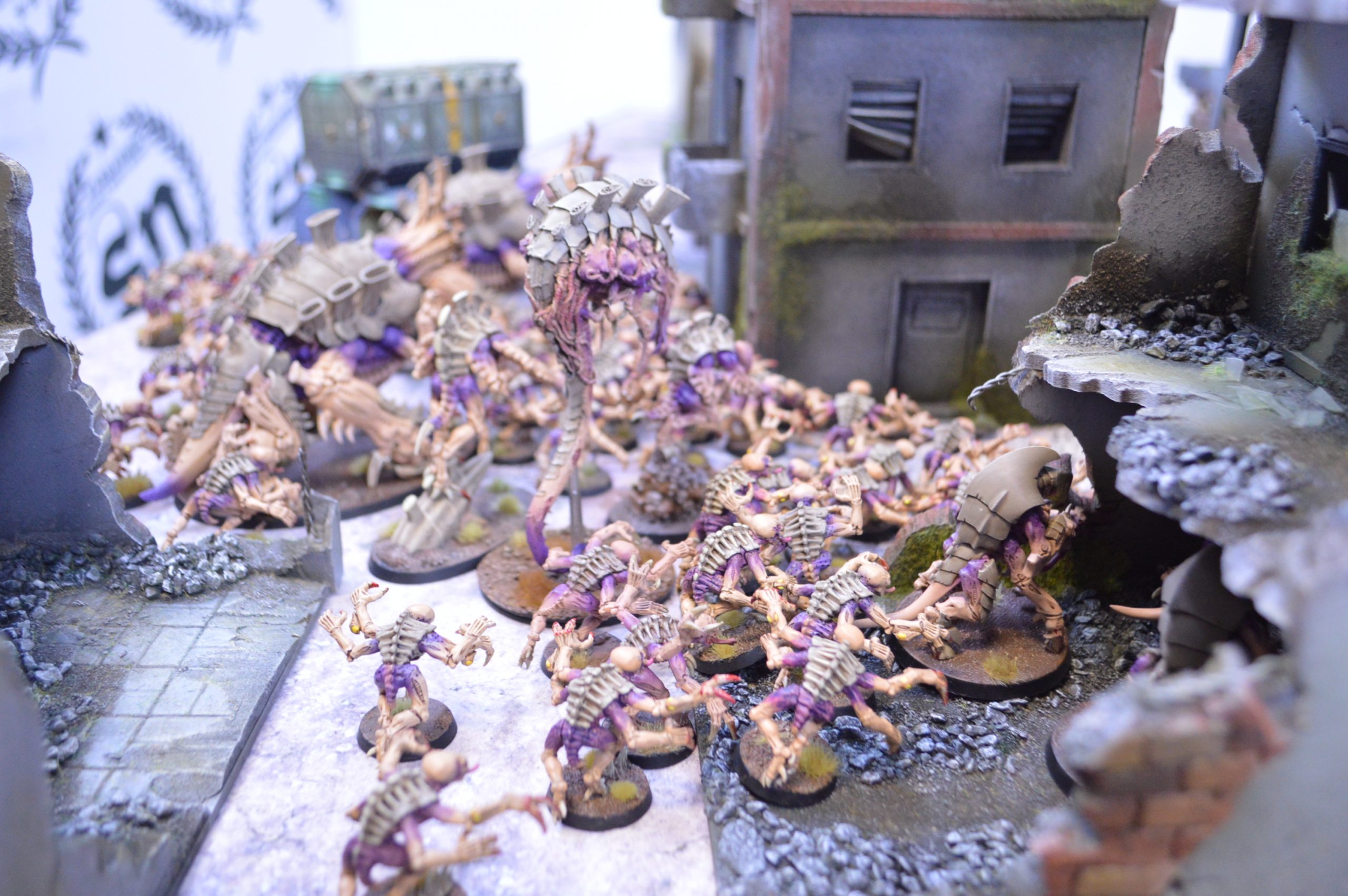 Warning claxons ripped through the base accompanied by the crazed shuffling of boots. At the end of a corridor, a company commander bellowed orders at his men, most of whom were too terrified to listen. The enemy was at the gates. They had breached the perimeter defenses, and now they were here, upon them. It was up to every single man and woman able to hold a rifle to take up arms and repel borders, or there would be no more sunrises for them.

The ceiling rumbled. Light fixtures flickered, some fell off entirely, smashing to the ground. The Leman Russes had begun their grinding advance, and their turrets were roaring in defiance of the enemy’s numbers. The guardsmen scrambling for their weapons stilled to listen to the pounding of heavy artillery, the ¬thud-thud-thud of heavy bolters. A trickle of hope filled them, hope that they could win; hope that against the odds, they would survive.

Then a scream pierced the corridor, a shriek to chill the blood of anyone listening. The soldiers cleared a path for their company commander, who came striding through the corridor to investigate the source of the sound. There, crumpled and broken, was one of his men. He clutched his ears as if he were hearing an ear-splitting sound no one else could. The commander tried to reach for his man, but the guardsman quickly turned his rifle on himself, and without hesitation, pulled the trigger. The energy pulse went clean through his skull, his brain coated the walls.

The company commander drew himself up after a moment of short breaths. Then he heard it too, a slowly rising scream not registering against his ears but in his own brain. The hope around him was faltering, the Emperor’s light fading. Worse, the tanks had fallen silent. Clenching his jaw, he drew his pistol and sword and marched toward the bulkhead at the end of the corridor. Once he glanced at his men, and only once. Some were scared, others were angry. As he pushed the button to open the door and let the light from outside spill inwards, he could only hope that fear and anger would see them through. 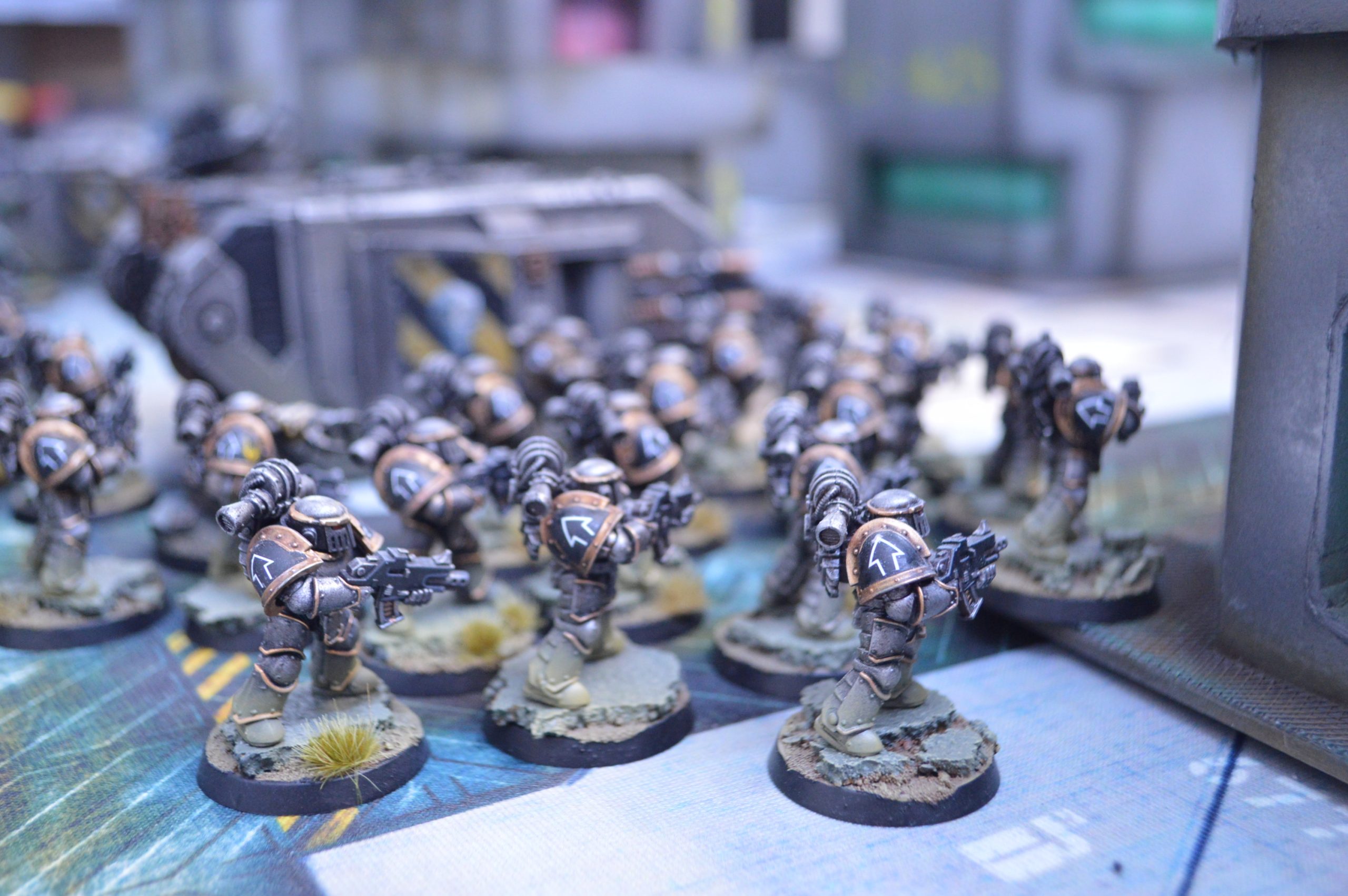 Slow, deliberate, relentless, and hungry had been the Iron Warriors’ siege upon the imperial stronghold. Day and night, cannons would fire, pounding the bastion’s outer defenses and turning them to rubble. Through the cracks, heretic cultists shuffled like rats, looting